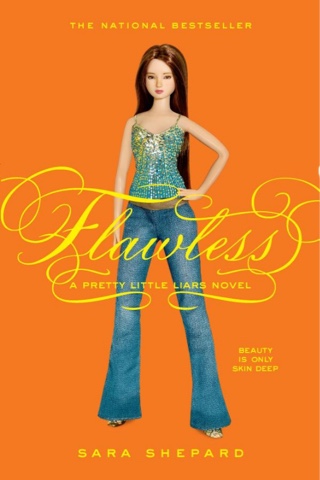 Okay... Let's be real here. That book just blew me away. Honestly. There were even more plot twists and lies and grimy secrets. I couldn't believe it. This series just keeps getting better and better.
Spencer and Hanna did piss me off a little though with the way they treated guys. For example, Andrew Campbell was so adorable and you could tell he really liked Spencer. He was practically giddy over her and when he asked to do karaoke with her, Spencer's reply really rubbed me the wrong way. My heart instantly broke for Andrew. Same with the way Hanna treated Sean. She was just awful to him at times. Especially when he was with Aria at Foxy.
Now... There's something on my mind that is making me feel like a disgusting, putrid human being... I was sympathetic toward Toby and when he took the pills and died, my heart broke just a little. I know what he did to Jenna was horrible and disgusting but it seemed that he had really changed or was at least trying to. The things he did for Emily were just so sweet and I'm so torn over his character.
There's only one thing that I wasn't too fond of in this book... With every new secret/lie/bit of information, it became hard to follow the story at times as there was so much going on. The story itself was amazing but it could be confusing at times which is why I docked half a star.
I can't wait to continue this series and if you don't mind investing a lot of time in a series that has tons of books, then I totally recommend this.

Posted by BookieObsessed at 9:00 PM